The Valencia Buddhist Centre is part of an international Buddhist movement. Here is a little about us and some links in English.

What is the Triratna Buddhist Community? 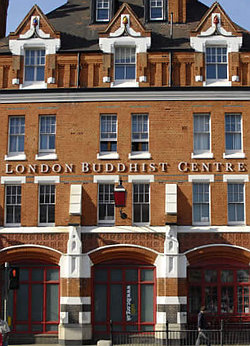 The forms in which Buddhist truths are expressed always adapt according to circumstances. But the essence of Buddhism transcends culture and conditions.

Now that Buddhism has come to the West, westerners are faced with the task of creating new and viable Buddhist traditions for the modern world. Over the last thirty years Triratna has grown not only to be one of the largest Buddhist movements in the West, but has also spread across the world to the East.

A buddhist movement for the modern world

When the Triratna Buddhist community was founded in London in 1967 it was originally called the Friends of the Western Buddhist Order or FWBO. Due to it's expansion it was no longer appropriate to call it a western Buddhist movement so the name was finally changed in 2010.

Right from the start it sought to create all of the conditions needed for the effective practice of Buddhism in modern society. It has grown into a varied and energetic tradition of practice, and communal institutions.

An engagement with society

In applying their experience of Buddhism to their lives, people in Triratna have developed living and working structures which together are creating a new society.

How we live and how we work are among the most important questions in our daily lives. Triratna seeks to create conditions that support the practice of Buddhism in the modern world. Rather than importing the institutions that developed in the traditional Buddhist East it seeks to develop new ones that are founded on Buddhist principles.

Triratna is a community of people who are trying together to follow the Buddha’s path. In traditional Buddhist terms, it seeks to be a true sangha or spiritual community. 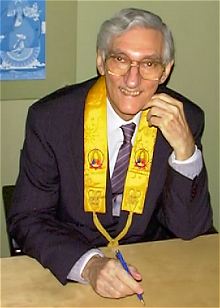 Sangharakshita was born Dennis Lingwood in South London, in 1925. At the age of sixteen he developed an interest in the cultures and philosophies of the East early on, and realized that he was a Buddhist.

During the Second World War as an army recruit he went to India, where he stayed on to become a Buddhist monk. He studied for many years under leading teachers from the major Buddhist traditions, before going on to teach and write extensively. He also played a key part in the revival of Buddhism in India, particularly through his work among followers of Dr B.R. Ambedkar.

After twenty years in India, he was invited to England where he stayed to establish the Friends of the Western Buddhist Order (FWBO) in 1967, and the Western Buddhist Order (WBO - also called Trailokya Bauddha Mahasangha in India) in 1968. He has brought out and emphasised the core teachings that underlie and unify the Buddhist tradition as a whole, linking the traditional world and the modern. Sangharakshita's depth of experience and clear thinking have been appreciated throughout the world. He has always particularly emphasized the decisive significance of commitment in the spiritual life, the paramount value of spiritual friendship and community, the link between religion and art, and the need for a `new society' supportive of spiritual aspirations and ideals.

Sangharakshita is a unique figure in the Buddhist world

Triratna means the Three Jewels. This shows the traditional symbol for the Three Jewels embroidered on the Kesa worn by members of the Order. The yellow jewel represents the Buddha, the blue jewel is the Dharma (his teaching) & the red jewel the Sangha (the community).

He has written on all the major aspects of the Buddhist tradition and sought to draw inspiration from them in the light of both modern scholarship and his own spiritual life. In doing so he has sought to discern the core teachings that underlie the tradition as a whole, and to re-express these in ways that are relevant, coherent, and spiritually vital.

Distinctive elements of Sangharakshita's approach to Buddhism include:

In August 2000 Sangharakshita handed on most of his responsibilities to his senior disciples in the Order. From his base in Birmingham, he is now focusing on personal contact with people. In 2010 the name of the movement he founded was changed to Triratna on his own suggestion.

A Selection of Sangharakshita’s Writings online

Book review by Sangharakshita Searching for me, Me*, or I?